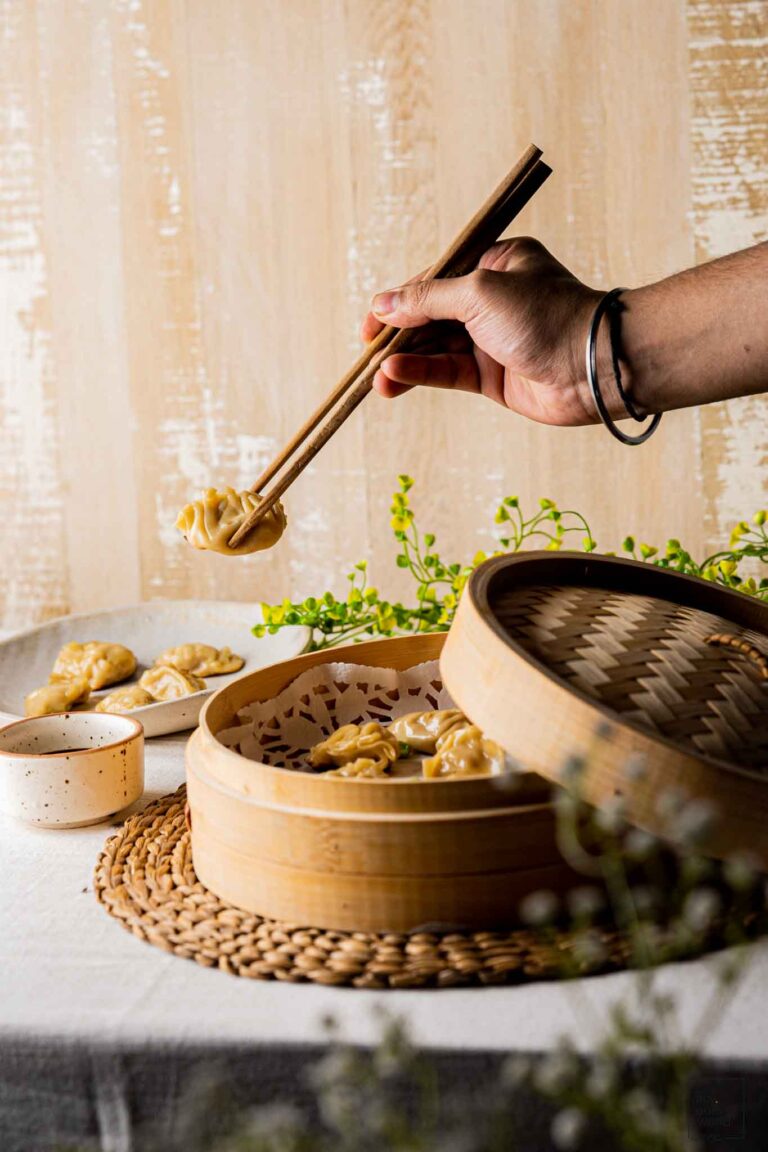 This week I decided to make a large enough batch of Gyozas! Bite sized dumplings, these gyozas were made with minced chicken, vegetable, seasonings and sake. A great appetiser to serve at dinner parties – it’s best to make a big batch and freeze them and serve them during big gatherings as appetisers. Lets learn more about these gyozas below:

A kind of dumplings, gyozas form in between Tibetan momos and Chinese dim sums. In between how? The dough used to make gyozas is used to form sheets which are slightly thicker than the crystal dumpling sheets and thinner to the sheets used to make Tibetan momos.

These gyozas like other dumplings can be made with fillings of any choice – from vegetables and meat to seafood. You can make them using minced chicken like I have done or you can substitute the produce for minced pork as well with the same quantity.

To Steam or to Pan Fry?

Just like Momos, these Gyozas can be made in multiple ways as well. You can steam them or you can fry them on the pan to get the bold brownish hue at its base.
If you decide to steam:
Simply place your gyozas on your steamer with marginal amount of hot water. The steaming process takes longer than the frying process as they are done slowly. It would take around 15 minutes to steam these dumplings until they’re cooked.
If you decide to pan fry:
You can’t just get away with pan frying alone – cause in that cause only the base would cook more. It is important to use a pan for which you have a lid. After a minute of these gyozas in cooking, you would need to add enough hot water in the pan until it reaches a 1/4 inch and then quickly cover it again. The oil in the bottom and the steam coming in from the hot water will allow gyozas to cook holistically. This method is way faster as you don’t have to wait for the water to come to a boil and the gyozas cook faster as well. It should not take you more than 5-7 minutes to cook gyozas by pan frying them. 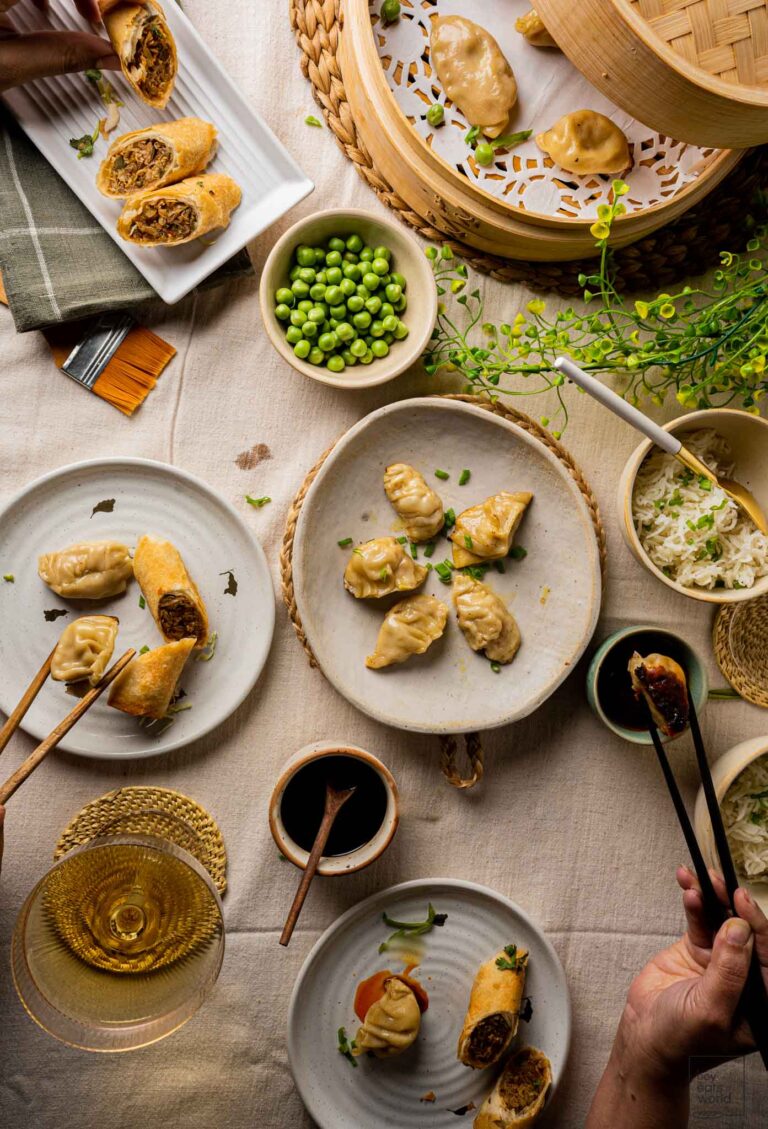 TThe most important step in making your gyozas from scratch – is pleating them and it needs to be done formidably. Any openings in the gyozas can allow water and oil to enter and I am sure none of us want that.

Now you can simply close your gyozas in the shape I have made it in without pleating ofcourse, but its important to seal tightly.

There are different ways to pleat your gyozas, or dumplings – ranging from triangle to what I have done above.  While I couldn’t make a video to show on how to pleat gyozas, you can take inspiration from this YouTube video and learn how to pleat gyozas like I have or even better than me. It requires a bit of patience in the beginning but once you get your hands on it – it just starts to roll quickly.

Although the recipe uses commonly found ingredients, there are some which may not be available at your house or near you. So let’s take a quick look at them.
1.  Minced Chicken – you can use any minced meat you have for this recipe. You can also use shrimps by chopping them roughly as they would make for a fantastic filling as well. If you’re vegetarian, you can use tofu or mushroom as your main fillings as well. If you have nothing – you can double up on veggies and use that as filling as well.


2. Cabbage – the only good substitute for this pok chow. However , if none are available its best to just omit it but be sure to replace the quantity with some added quantity of meat though.

3. Sake – the most uncommon ingredient in the list below is this one. If you have sake – good, go for it! But if you don’t have you can substitute its quantities with rice wine vinegar. This would act as a preservative as well which would your gyozas store better.

4. Red Dried Chilli – If you don’t have dried chilies at home, you can use birds eye chilli as well. If you don’t have a palate for spicy food – you can omit the quantity altogether. You can also substitute this ingredient by using some kind of chilli paste or chilli oil as well.

As you know, mostly I refrain from storing and freezing dishes as I like to cook them freshly enough but it’s always not possible. You won’t like to make these gyozas so frequently as it takes a good amount of time and efforts which is why the recipe has been together in such way that it can help you make a large batch and freeze them.

To freeze them, put uncooked gyozas in multiples of 10 (you can put as to how much you think would need them together also). Make sure the gyozas are dusted with cornflour for them to not to stick to each other.

Put these ziplock bags in the freezer. Every time you want use them – take them out at least 30 minutes prior to cooking them so it comes to room temperature slowly. And after that, you would just need to cook it using either of the ways mentioned above by either steaming them on pan frying them.

Your gyozas will stay good in the freezer for 6 months until you put them in so don’t be afraid to make a bigger batch if you have a free day coming up and if you’re looking for a fun yet fruitful activity take up with your friends and family! 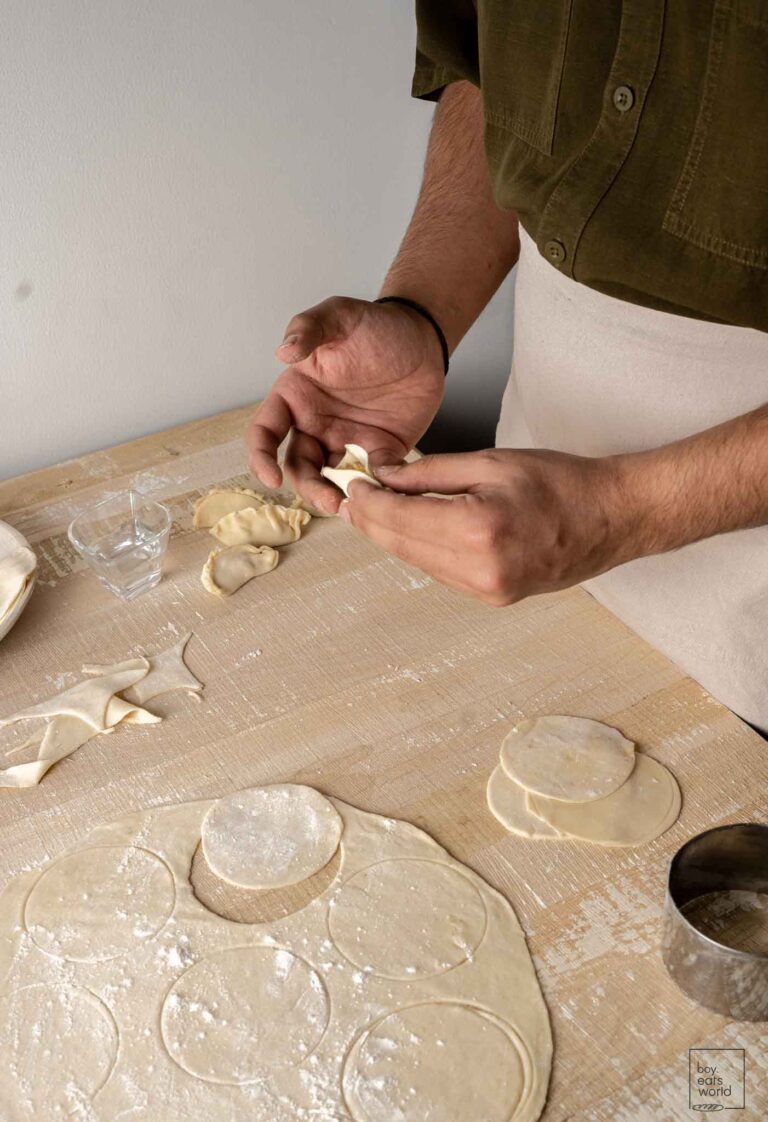 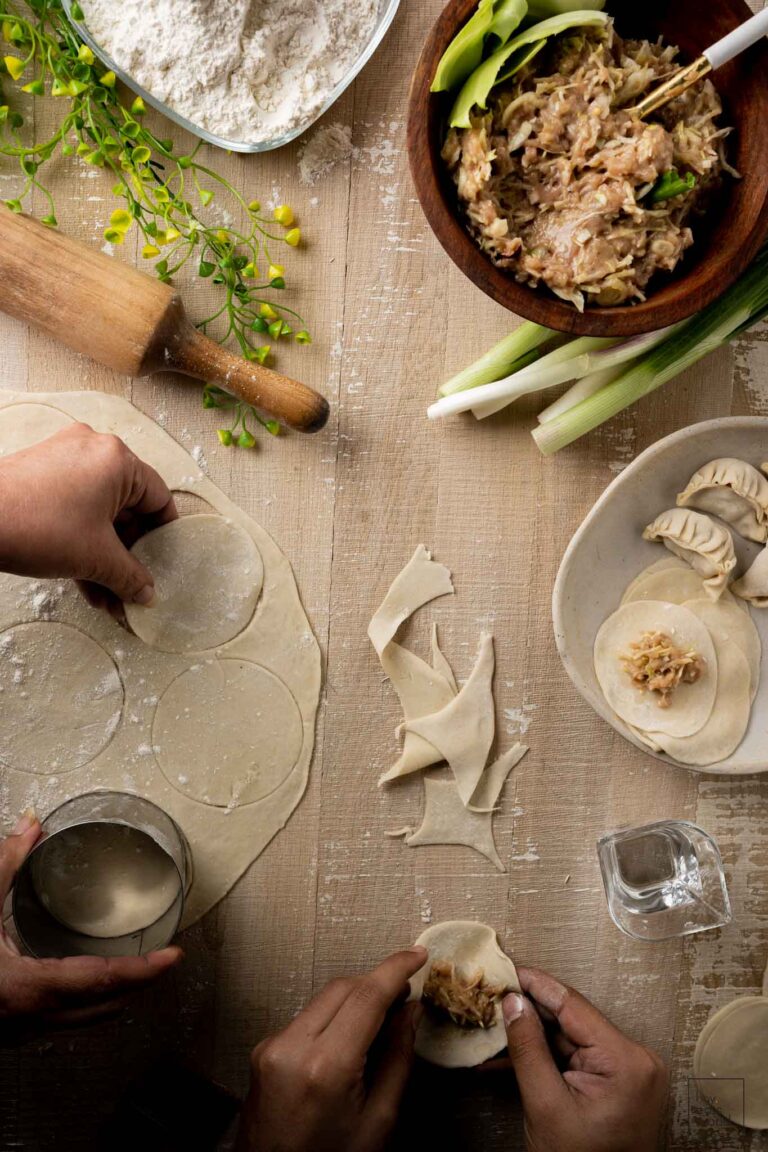 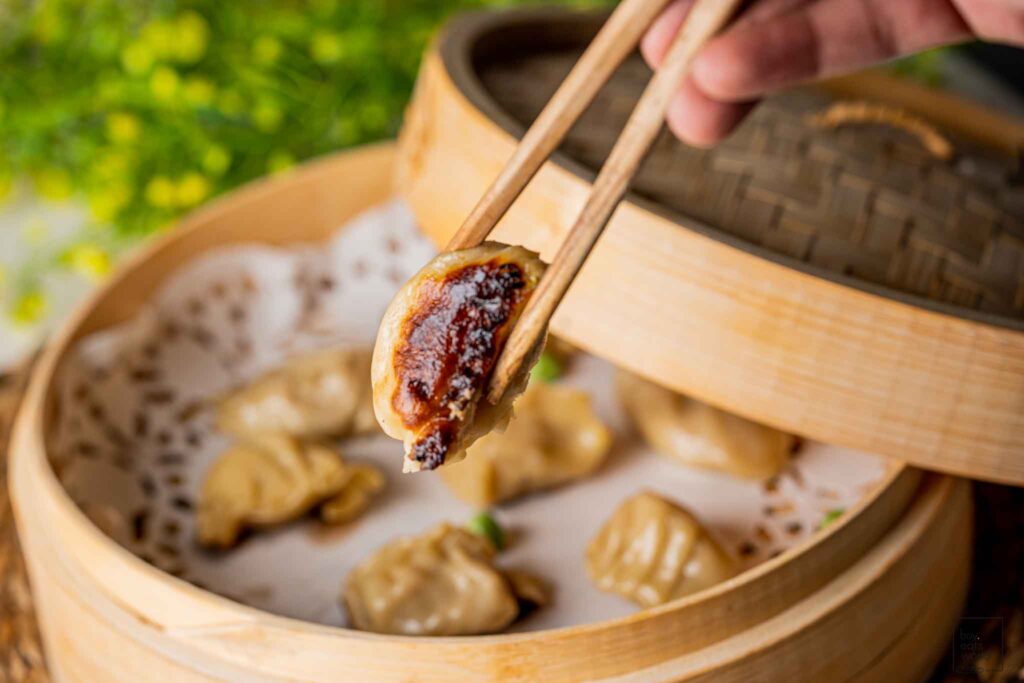 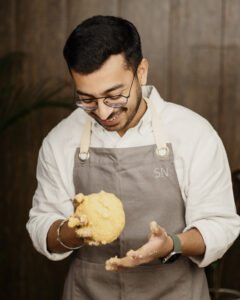